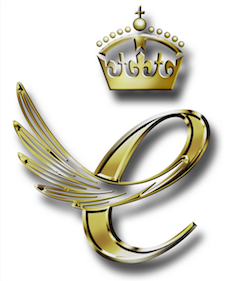 Majestic has been keeping a secret… an email from Her Majesty’s Government announcing that we are Queen’s Award Winners. It starts like this:

As The Queen’s 90th birthday gets underway, the announcement of the 50th year of these prestigious awards is significant. We have won many awards in our time, but this one supersedes them all for Majestic.

An Interview with Dixon Jones about Majestic being Queen’s Award Winners.

For the occasion, Ken McGaffin sat down with Dixon Jones to ask the questions that people unfamiliar with Majestic might want to know.

The video, if you do not have time to watch it all, looks at how Majestic came into being, including some interesting anecdotes as to Alex Chudnovsky’s early days dreaming about building out some sort of search engine. Ken also asks about why the company has its headquarters in Birmingham in the Midlands (The Silicon Canal) rather than Silicon Valley. Of course, Majestic is proud to be a British company, but the advantages of Birmingham over London are not insignificant.

What is it like to Win a Queens Award?

What does the Majestic Search Engine do?

How Innovation works at Majestic

The People Behind Majestic

Why the Silicon Canals of Birmingham

Does Majestic get to meet The Queen?

Yes – at Buckingham Palace later in the year, Founder Alex and Marketing Director Dixon Jones have the honour of meeting Her Majesty to formally accept the award. A separate ceremony will present the trophy itself, through one of The Queen’s representatives later in the year.

Will we offer up Majestic.com to Her Majesty?

Fortunately, it would be against royal protocol to ask Her Majesty a question – especially one like that! We are immensely honoured to win this award. Of course, The Queen is probably one of just a handful of faces that is almost universally recognized all over the world, and she can most likely have any .gov.uk domain that she so chooses – so I doubt we’ll be causing her too many sleepless nights by owning majestic.com. We wouldn’t mind if Twitter considered us for verification status @Majestic one day, though. In the meantime, PLEASE chat with us there about this award.

Press can also request HD versions of these video or contact us here.